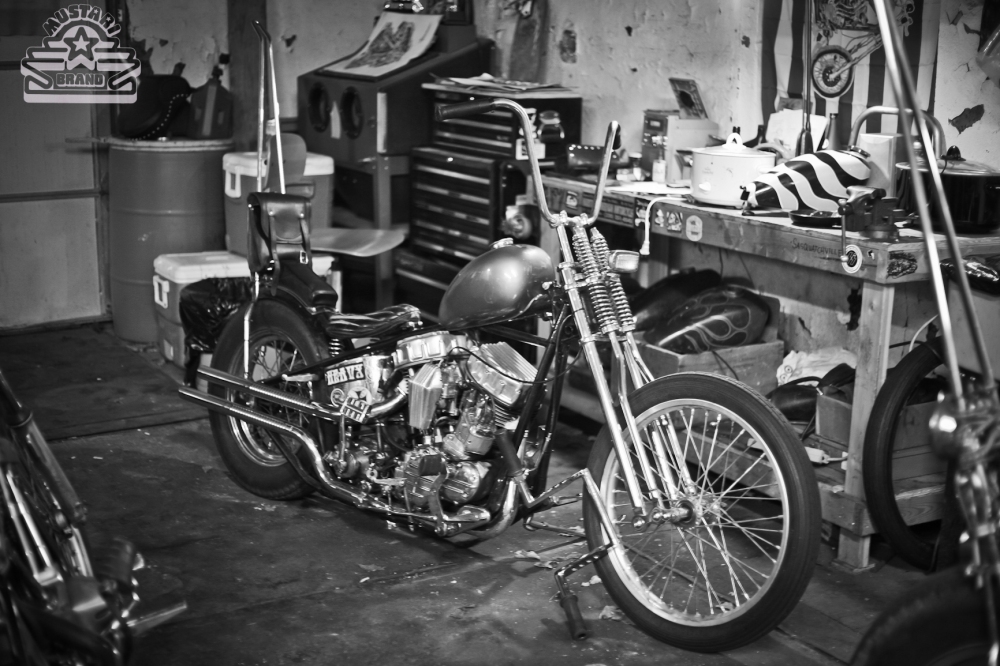 With December about to close its doors for the year I had to get it in gear and find something more than a front end to call my chopper build and ride to Born Free 5 in the spring. Justin reached out to the St. Paul crowd through Zac Doom from Heavy Clothing and got wind of a shovel roller that was looking for a new home. A group of something like 5 guys share shop space on Selby Avenue and crank out some of the best, purist choppers in Minnesota. As soon as I walked in the door I recognized almost every one of the numerous bikes from magazines like Street Chopper, Showclass & Wrench.

The top Panhead belongs to Joe and the colorful chrome cruiser below was built by Dave who had the Shovel I was looking at. Both bikes are exquisite specimens. They are a very cool crowd too and it was good talking shop with them over a beer. We cruised around sitting on bikes and swapping some stories before I flipped Dave a rubber band bank and rolled my new project into the back of Justin’s truck.

My new Shovel is the last picture below. The stock motor and ratchet top 4-speed sit inside of a Paughco frame that has been de-raked for a very close front tire. I like a lot of what’s on there right now like the oil tank and open belt primary drive, but it’ll be in pieces soon. I was leaning toward a more traditional build with the 45 springer front end and some narrowed fat bob tanks, but it’s feeling a little more difficult now because the previous builder had a neat vision for it… the stance is aggressive and rad. I feel like it’s just begging to do a wheelie. I’ll be documenting the build here.

Also, 10,000 views yesterday so my mom must have been busy on her iPad… thanks to my readers. 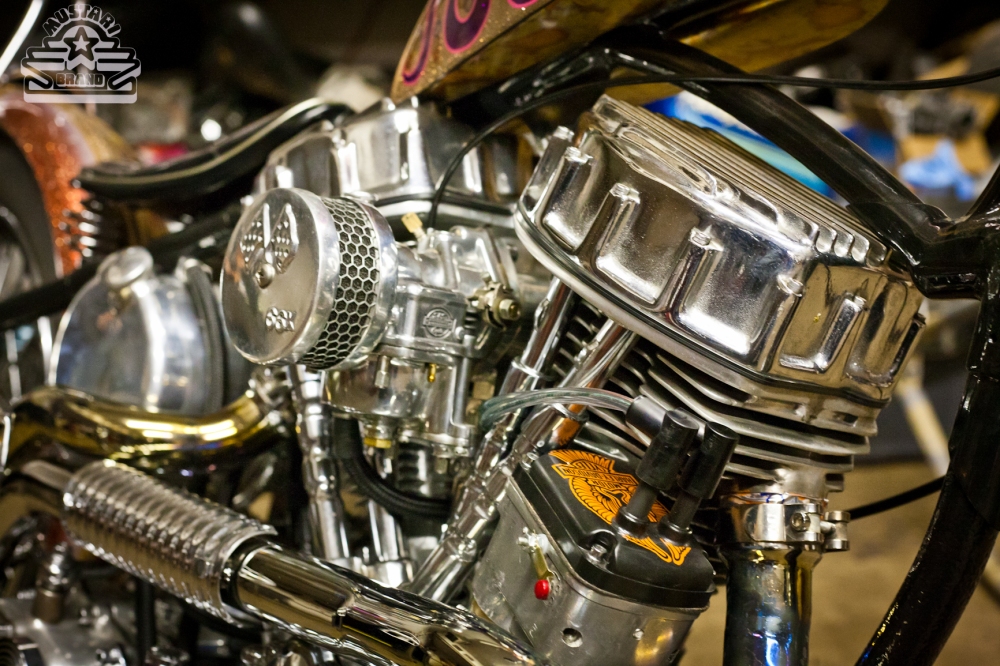 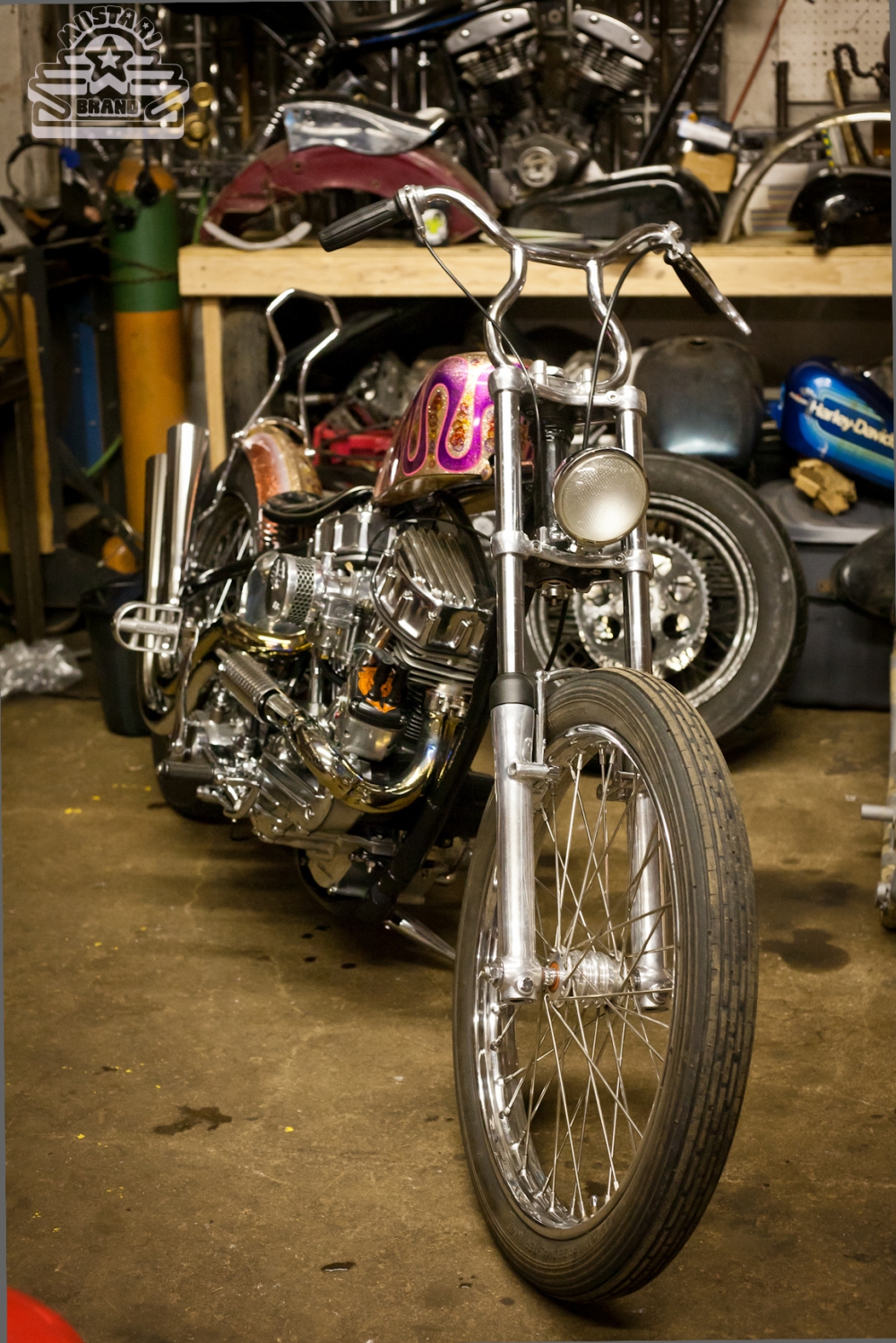 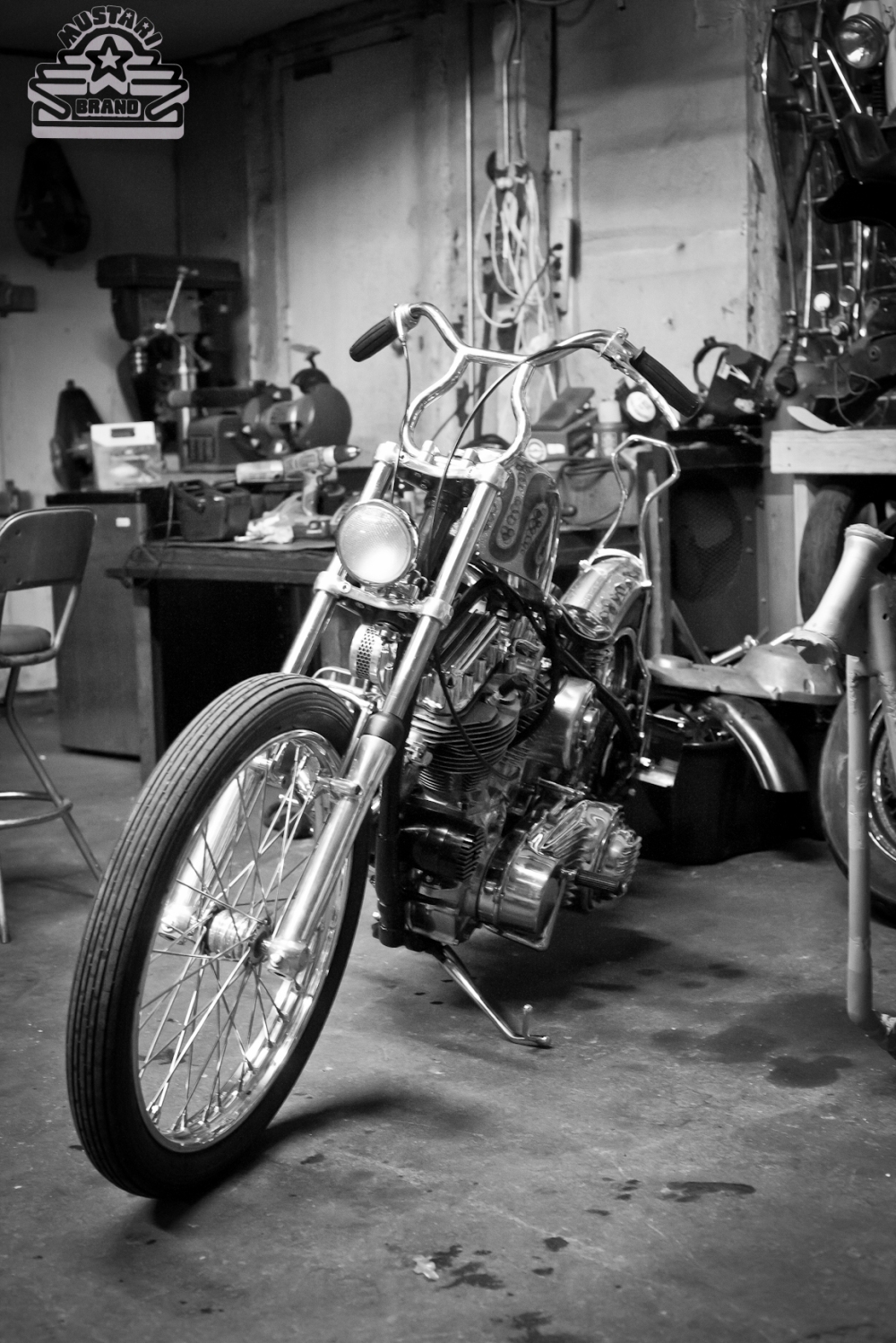 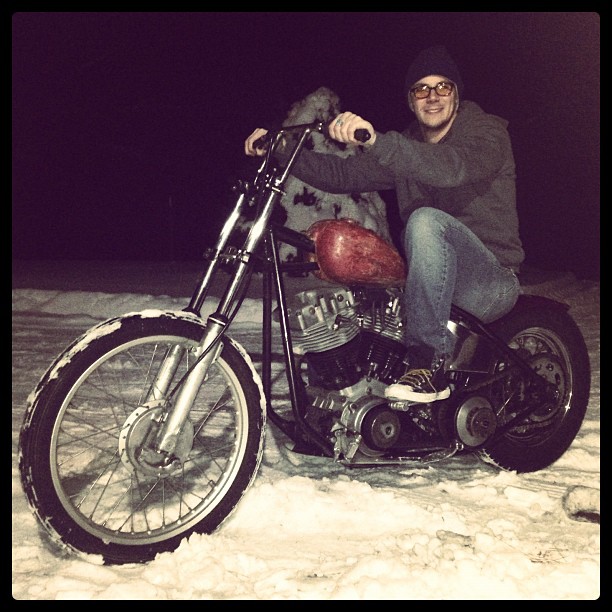